How to Build a Retaining Wall

How To Build a Retaining Wall

Below is a picture tutorial of how we build a retaining wall.  The project below was a small, straight forward project, and we want to show you how our company tackles this type of project. Look at the photos and read through the descriptions.  If you have a small retaining wall, this may be a project you can do yourself.  Or contact us today for a free retaining wall consultation.

This is a before picture.  As you can see, the area was over grown and not well maintained.  There is an existing retaining wall on the right on the neighbors property.  The customer’s property had a retaining wall that was falling down and needed to be replaced. 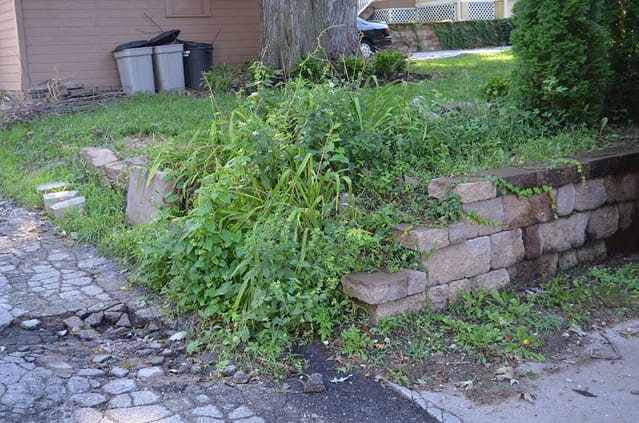 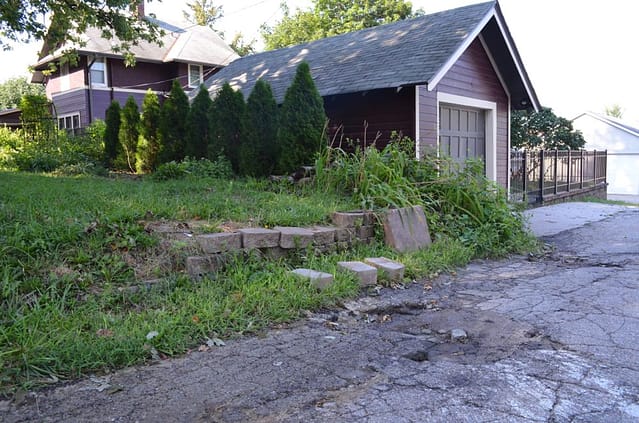 When we deliver materials to a job site, we try and keep our impact to the rest of the yard to a minimum.  You can see the retaining wall block we are going to use on this project.  It’s a much larger block than was used on the customer’s old retaining wall, and it’s about the same size as the neighbor’s retaining wall brick.

Excavation is the first step in building a retaining wall.

Excavation and site preparation can be one of the longest steps in the process. This was a relatively straight forward project with no surprises.  This step in the process just takes a lot of elbow grease.  On bigger walls we will often use a skid loader or backhoe.

Once we’ve excavated the site, it’s almost time to start laying the bricks.  This retaining wall is going to taper off and disappear into the ground.  On one side of the retaining wall, it will be 2-3 blocks high, but on the other side it will barely be one black high.

It’s almost time to lay the first retaining wall blocks.  Once the base has been dug out, we fill it in with a small layer of aggregate.  The aggregate is used for drainage.  The blocks will be placed right on top of the it.

It’s time to start laying the retaining wall blocks.  The string line is used to make sure the blocks are in a straight line.

The next layer of blocks is positioned.

We’ll take a measurement and use a concrete saw to cut a block that fits into the space.

The newly cut block is positioned into place.

The retaining wall is beginning to take shape.

Some of blocks need to be split with a concrete block splitter.

Our crew is constantly check that the wall is not only level but also straight.  At its highest, this wall is three blocks high with a cap

The crew starts to position the wall caps.

This wall had a very slight set back – meaning each row of blocks was back a bit more than the first.

The wall caps are secured to the top blocks with a masonry adhesive.

The wall is almost complete.  It’s time to backfill the area that was disturbed when the wall was built.

The time spent making sure the wall was straight and level pays off at the end.

A better look at the completed retaining wall.  Our guys make sure the job site is clean.  We will haul away any old blocks or debris from the site.

Our guys did a great job on this corner.  We seamlessly tied the new retaining wall into and existing one.

One final look at the completed retaining wall.  This job took about a day to complete.